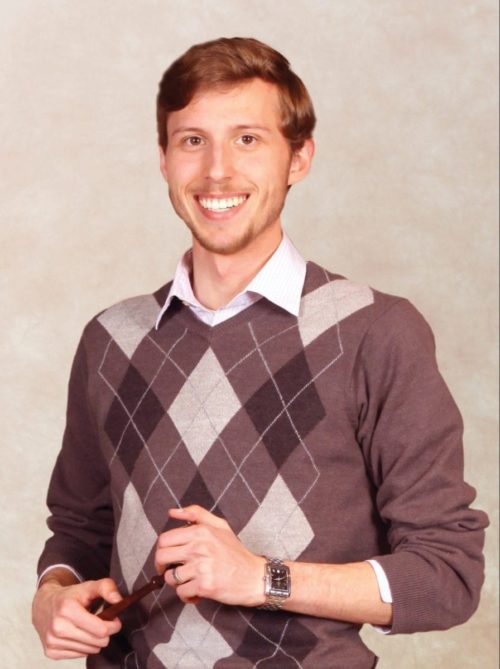 No one can say senior political science major Dan Woltornist doesn’t come by his conservative political philosophy honestly.The grandson of not one, but two Russian immigrants who separately fled the Soviet Union in the 1940s, the New Jersey native grew up hearing tales of the trials his grandparents and great-grandparents endured under the Communist regime, and of their near escapes from Stalin’s secret police.

“There was never any room for doubt about how great America was and how grateful we should be to live here,” Woltornist recalls.

Accordingly, when time came for choosing a college, Woltornist looked to the Young America’s Foundation’s Top Conservative College List. There, he found Franciscan. One campus visit later, he was sold.

“It was love at first sight,” he says.

Once he was a student, Woltornist joined up with other like-minded conservatives, becoming president of Franciscan’s College Republicans his junior year, then, this past year, founding the University’s chapter of the Young America’s Foundation. He also became involved in student government, and this year serves the student body as its vice president.

For Woltornist, however, the “defining moment” of his college career was the summer he spent in Washington, D.C., first interning in Congressman Chris Smith’s office, then at the Heritage Foundation.

The Heritage internship was a particular coup for Woltornist, as it’s one of the most sought after and hardest to come by internships for college students in the nation’s capital. While there, he worked on educating college students about conservative principles and ongoing political battles in Washington.

He explains: “My boss had this theory that young people are fundamentally conservative, that the core conservative principles of liberty, subsidiarity, and free enterprise appeal to college students. To help them discover that though, you have to engage them in a real discussion. During my time there, I found that to be true.”

Woltornist graduated Franciscan University in 2012 with a bachelor of arts in political science and a minor in history and philosophy. He returned to the Heritage Foundation and is now the media specialist and special assistant to its vice president, booking experts for television and radio appearances and frequently working with well-known figures from MSNBC, Fox News, CNN, and EWTN’s News Nightly.

He also fulfilled his dream of becoming a sub-deacon within the Melkite-Greek Catholic Church, something for which he had been preparing throughout his college career. After he and his fiancée marry he plans to enter the seminary.

Woltornist is glad that two of his seven siblings joined him on campus while he studied here. Woltornist says he’s already working hard to convince the younger ones that Franciscan should be a family tradition.

“Here, you’re free to be conservative and free to be Catholic,” he explains.

Which, when Soviet oppression is part of your family’s living memory, tends to mean something more than it does to your average Joe.