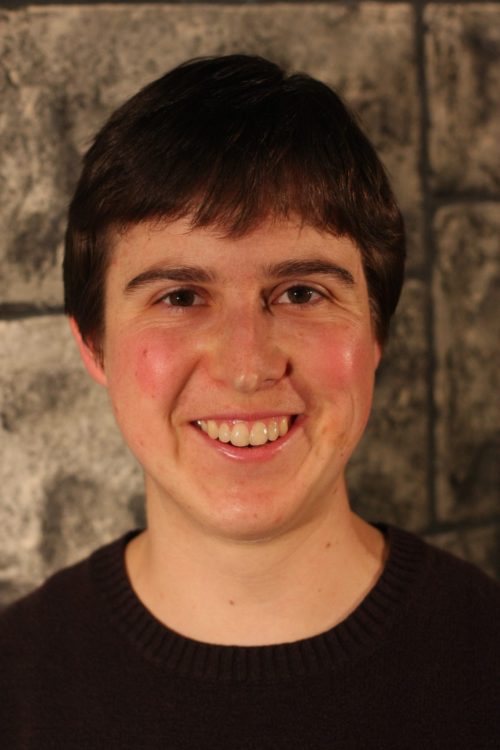 A wandering path brought Nicole Scofield ’15 to Franciscan University of Steubenville to study theatre.  Vulnerability became the theme of her years there in Anathan Theatre, which confirmed her belief that the path of an actor makes the same demands as the path of sainthood.

After graduation, she spent almost two years working for St. Luke Productions as a stage manager for the traveling show Faustina: Messenger of Divine Mercy before launching Teleios Traveling Theatre.  Through this ministry, Nicole led several youth Theatre of the Saints workshops in which each participant plays the main role of a saint in a short scene, thereby connecting with the saint from the inside. She also wrote and produced several plays, including Daughter of Light about St. Philomena, Out of Chaos about the soul being drawn to God by beauty, and Temptation 101 inspired by C.S. Lewis’ The Screwtape Letters.

The struggle to find committed actors and a growing awareness of the need to address mental health challenges led Nicole to apply to Divine Mercy University in the spring of 2019.  Now studying for a master of science in psychology with an eye toward drama therapy, she also serves as a tutor at Regina Caeli Academy, works as a freelance writer, volunteers for the Alpha program at her parish, and co-heads Cor ad Cor: A Guild of Artists Forged in the Three Hearts.

Aware of how much these things are possible only through God’s providence, she continues to share that message however she can, often referencing Father Jean-Pierre de Caussade’s book that has been so formative for her, Abandonment to Divine Providence.  She hopes to work in prayer ministry and would love to weave psychology, theatre, and prayer together in some way to help souls embrace God’s love and the abundant life he promises: “I have come that they may have life, and have it more abundantly” (John 10:10).