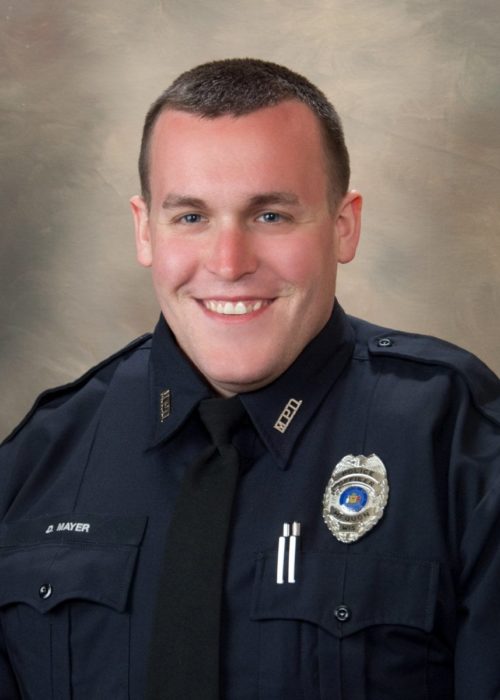 Ever since he was 4 years old and growing up in Mount Angel, Oregon, Dave Mayer knew he wanted to be a police officer.  Not just because of his dad’s stories about being a cop—but because he wanted to help people in the worst moments of their lives and make a positive difference.

When it came time for college, Dave considered majoring in criminal justice, but decided against “putting all my eggs in one basket.”  Instead, he listened to what an older sister said about the Sociology Department at Franciscan University, with its strong faculty and their knowledge and experiences across the disciplines of social science research, psychology, social work, and more.   He decided this was the right course of study for gaining a clearer picture of society and preparing him for a career in law enforcement.

“Studying sociology helps reveal why people do the things they do,” explains Dave.  “It gave me insights into how to communicate with people who have nothing in common with me.  It makes me a better cop.”  After graduating from Franciscan, Dave entered the police academy and is now an officer in a suburb of Milwaukee where he serves a diverse population, including large Russian and Jewish cultures, African-Americans, Caucasians, Hmong, Polish, and Eastern Indians.

At Franciscan, Dave appreciated the faculty’s excellence in providing a Catholic context while teaching from an unbiased point of view. He was particularly impressed with Dr. Thomas Graham’s Race and Minority course giving insights into different faiths, cultures and their interactions.  In another course taught by a social worker who worked in a juvenile detention center, “we got a clear understanding that while the Church may not condone certain behaviors, they do exist in the world … We don’t go into the world denying these things exist.”

“There’s a lot you can do in service to others with a degree in sociology,” says Dave.  “From government to social work to human resources—any job where you interact with people of different cultures and races.”