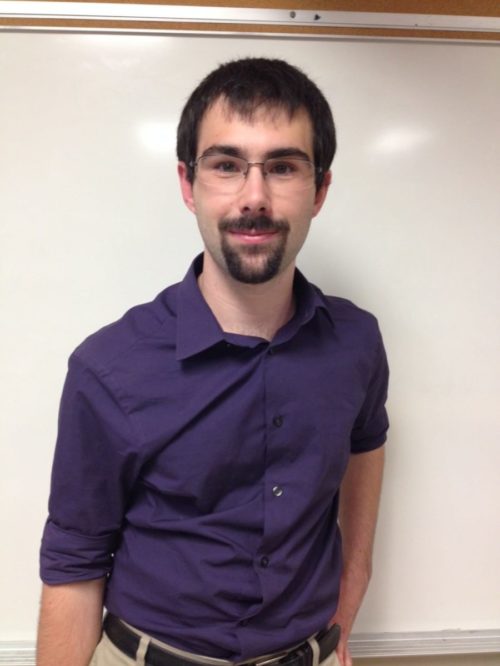 “Who will this child become?”

That’s a question every parent asks. But for Christopher (Kit) Adderley’s parents, finding an answer was almost as easy as glancing out their back window.

“Instead of playing cowboys and Indians, my brother and I played Romans and Carthaginians,” confesses Adderley. “We would even pretend that the play-set behind my friend’s house was a Carthaginian war elephant.”

Kit’s passion for all things ancient was sparked by way of a children’s book on Alexander the Great, which led to similar books on Julius Caesar, Romulus and Remus, and other heroes of the ancient world.

“I was in third grade,” he recalls, “and can remember thinking, ‘I could read about this stuff forever.’”

Through the years that thought never changed, and eventually, it led him to Franciscan.

“Franciscan was Catholic and offered classics; it seemed like a good fit,” he explains. “I didn’t really know much about the University, so it was a shot in the dark. But as it turned out, it was one of the best decisions of my life.”

During his time at Franciscan, Kit kept busy playing intramural sports, serving as coordinator and co-coordinator of Pater Noster (the household he co-founded as a freshman), and acting in six plays on campus. During his senior year, he also directed his first one-act play and served as president of a new student improv club, Pun Intended.

Kit spent a summer while honing those Latin skills by participating in a summer program in Rome sponsored by the American Institute of Roman Culture. With his classmates, he trekked about the Eternal City, reading Eutropius’ Breviarium historiae Romanae, visiting the sites of which the fourth-century historian wrote, and discussing what they learned, all in spoken Latin.

Given his enthusiasm for the language and the culture it reflects, Kit’s post-graduation career isn’t surprising. After teaching Latin at a Catholic middle school in Texas, Kit moved to Minnesota and has spent the past few years teaching at Trinity School at River Ridge, a Christian high school near the Twin Cities, covering subjects ranging from New Testament, Catholic doctrine, Spanish, pre-algebra, and, of course, Latin.

“I love the language, I love kids, and I love learning,” he says. “I want to bring that to other people. If I can bring what I love to others and help them love it too, that seems like the best thing in the world to me.”