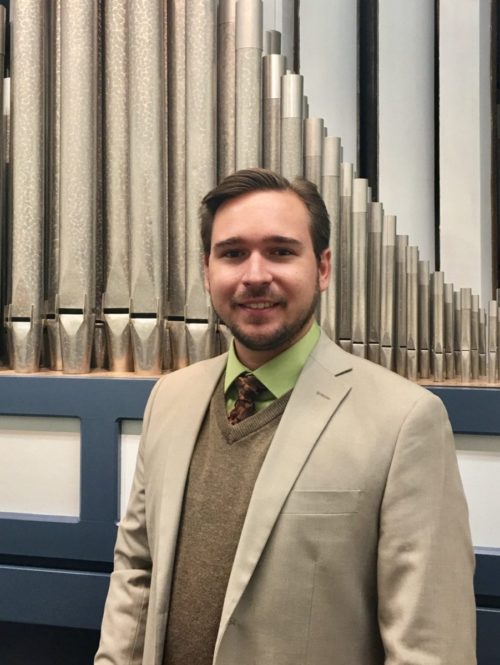 When Andrew Barnick chose to major in sacred music, he did so with the goal of becoming a director of a sacred music program at a Catholic Parish. At Franciscan University, he found that the Sacred Music Program thoroughly prepared him to do just that.

Andrew credits landing his job right after graduation to his education at Franciscan, where he sang in the Franciscan University Schola and studied music theory, history, and conducting. His Franciscan education even helped him land a job as a part-time assistant director at a western Pennsylvania parish while he was still in school. The program also gave him the chance to learn to play the pipe organ, an instrument that had always intrigued and mystified him.

Professor Nicholas Will, assistant professor of Sacred Music at Franciscan, especially had an impact on Andrew. “I sometimes joke, ‘He taught me everything I know,’ which is true when it comes to sacred music. Before I came to Franciscan, I had never taken organ lessons. He is a master of his craft and truly an effective and motivating teacher. All of his organ students improve quickly and significantly. It was a privilege to work under his instruction,” says Andrew.

Andrew not only benefited from the excellent academics at Franciscan, but also the spiritual atmosphere on campus. “The school provides an environment of faith, goodwill, and deep devotion to Our Lord in the Blessed Sacrament that permeates every aspect of life and academics, most especially in the Sacred Music Program.”

Andrew currently resides in Steubenville, Ohio, with his wife and two children.